How to Make Money on Twitch

You might have recently hit affiliate, or maybe you have been around awhile and want to turn this passion into a career. Either way, making money as a Twitch streamer seems rather difficult if you aren’t a well-known partnered streamer. 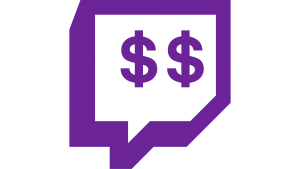 From branching out and getting sponsorship’s to start with, to everyday practices you can add to your stream, we’re going to cover everything there is to Making Money on Twitch.

Here’s What You’re Going to Learn:

Using Your Alerts to Make Money

So you’ve gone and setup your alerts via Streamlabs or Streamelements, and you think you are all set. People hear unique sounds on your stream when someone donates to you on Twitch or subscribes. Although this is absolutely vital to your stream, there are ways you can turn simple sounds into Interaction for Money.

A lot of streamers have been catching on to the idea of using different alert sounds for different interactions with their stream. Whether it’s setting simple “One Song Fits All” sounds, you can amp this up by creating alert variations based on the stream.

One simple idea I’ve used since I started streaming was a “Scary Stream” day. On that specific day of the week, all of my normal sounds are replaced with loud terrifying noises. This doesn’t stop there either.

Bits are completely Tiered, and for lower amounts, you get less of a scare. The higher you go, the more likely to get a massive scare. This is done by setting up alert variations, especially with bits. You can set this up for gifted subs and donations as well.

Streamers usually do this by adding “Funny” sounds at certain donation and bit amounts. Numbers like “4.20” or “6.66” are pretty famous, but the idea stems from giving a way for the audience to control part of the stream.

People love to see their names, imagine how much they’d love seeing you jump out of your seat! These are very simple to set up, and can even be set to profiles for easy management via an Elgato Stream Deck or cheaper Stream Deck options. 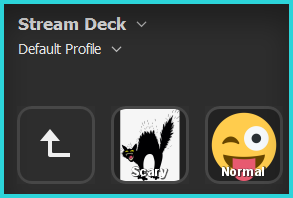 Setting Goals to Achieve an Income

We get it. Streaming isn’t free. The amount of time and money it takes outside of streaming will eat a hole in your pockets alone. Don’t take this on by yourself! You are slowly building a community, and people want to be a part of that!

Every so often, set up a goal for the stream. It can be Bit Goals to reach a certain amount to unlock a certain stream. For me personally, everyone enjoyed unlocking “Just Dance” streams in my Unicorn Onesie.

There are plenty of ways to get your community to come together, and at the end of the day, people will pay to help you grow.

Donation Goals are also great ways to offset some of those streaming bills that fly in each month. Whether you want to upgrade a component in your PC, or just need help paying your internet bill, let your community help you.

Here’s our guide on how to set up donations on Twitch.

You provide hours of entertainment every time you stream, and giving your viewers something to achieve can help propel your stream further.

This isn’t a one way street. You need to give back to your community. Setting a goal for “Upgrading my PC” doesn’t sound as appealing as “Horror Stream” or “Banana Suit Stream“.

Always look for a way to turn your donations and success into ways to give back to the community. Trust me, they want to see you play WoW Classic while dressed as a Walrus. 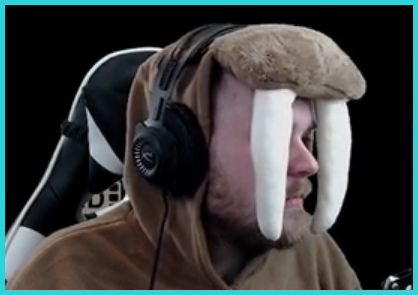 Setting Up Rewards for Loyalty

In 2019, most chatbots offer some sort of loyalty program, and now more recently, Twitch has come out with their own channel points system. This is mostly referred to as “Currency“. You get to choose the name of the points, and you can also set rewards. Although most bots give basic rewards like “Add on Steam” or “Follow on Twitter”, it’s really easy to come up with better channel points ideas and give your viewers a reason to stay in your streams.

Remember the scary alerts? You can have this as a redeemable reward for the points your viewers get on stream. Although it might not be a direct reason they are there, they feel rewarded for being a part of your community by being able to participate in any stream, and this can be the difference between making a paycheck from Twitch each month, to Making over $1,000 per month.

Did you happen to buy a Giraffe Onesie for a stream you had for a goal? Me too. Reward your viewers by making it redeemable. Let them convert their points into interaction.

The key to all of this is working together as a community. If you want to stream as a career, you also have to think of it as a business.

Most businesses don’t really take your money without offering some kind of service in return, so why should you? As long as you look to reward and return the investments with interaction, your monthly paycheck will see an increase.

Creating a Link Between Interaction and Income

If you’ve spent your time setting up your loyalty and alerts, you’re catching on. Once you’ve established a system of getting your viewers interested in becoming part of your stream, you can sit down and establish the link.

Viewers invest their own personal time to come out and watch you. They spend time with you, and want to feel like they are welcomed and a part of something much bigger.

Turning your stream into a place of interaction and acceptance is vital. Unless you are the next Shroud or Summit, letting someone become a part of the chat changes the feel of your stream.

If someone follows, do something simple and unique. Letting people feel like they belong is the best part of this. Some streamers offer hugs to the camera for every follow, while some streamers do crazy dances for every sub.

You don’t have to go crazy, but establishing some sort of connection will separate you from every other streamer on the platform.

Don’t stop there either. As mentioned in our Streaming Tips Guide, some chatbots allow you to use sound commands for users.

Whether it is redeemable sounds via StreamElements, to personalized custom commands via Streamlabs Chatbot, allowing your viewers to have some sort of control of your stream will allow you to create a home for your community.

When I started, all of my subscribers earned a personal sound command they could use any time in the stream.

Whether they were subbing because they wanted the sound or not, they enjoyed being able to have their own way of identifying themselves when they entered the stream, or just used the sound to scare me when I wasn’t expecting it.

The key here is creating a platform of interaction for your viewers, which leads to higher sub counts, more donations, a decent income, but most importantly, it builds your stream and your community.

Time for a Better Sounding Mic?

Your streams audio is just as important as your video quality.

Don’t turn away viewers with a crummy sounding mic – check out the top mics for streaming here and improve your streams production value!

The common theme in this guide is Community. They dictate your stream and your growth, and can easily make any stream more enjoyable. Don’t forget they are real people, and they deserve all the love and respect that you can give. The best part of this is giving back.

There are plenty of ways you can give back to your people. Setting up Giveaways for Merch or Game Codes are usually the most popular.

Streamlabs has its own giveaway system, which allows you to pay for any of your merchandise that you may have created, and takes care of all the rest so no details are shared between the winner and the streamer. This is a great way to show that you want to give back.

Oh, but you can do so much more. Famous streamers like Josh OG have done rewards like Waxing their legs on stream. I’ve worn a dress, put glitter in my beard, and so much more. Don’t be afraid to show a little humility.

If making a fool of yourself on stream is too much, streaming just might not be for you, but if you’re down to be a clown, get yourself a pie and have some fun. 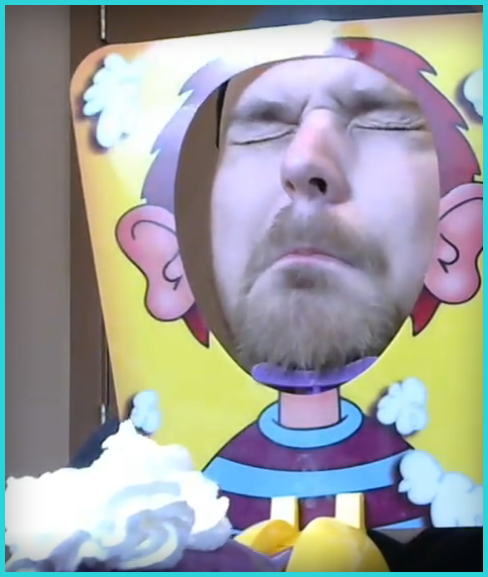 Don’t forget about milestones for your streams. Even if you’re just starting out on Twitch. Hit the 500 follower mark? Celebrate! Give back to your community with community days! Play games with your people, enjoy their company.

Did you hit your 100 sub goal recently? Put yourself on a dance pad or setup a table of hot sauces for fun. The most important part of all of this is giving your viewers something worth interacting and paying for.

This will easily boost your monthly income, whether you just use scary bits every now and then, or go the full mile and have incentives every week. Either way, share the love with your community. You’d be surprised how many will show love back.

If you’ve enjoyed this guide and have your own incentives you’d like to share, throw some ideas down in the comments!

1 thought on “How to Make Money On Twitch”