Humble from the beginning, TimTheTatman is a fun loving and honest streamer who does what he can to make his viewers happy. 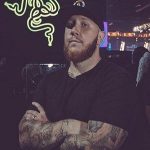 Tim has been playing games ever since he can remember. During the growth of his stream, Tim streamed World of Warcraft and Counter Strike. He’s found the height if his stream from playing Fortnite Battle Royale, making a name for himself among other popular streamers like Tfue or TSM Myth.

If you’re looking to find some more detailed information about Tim, you’ve come to the right place. Below you’ll answers to fans’ biggest questions.

What is TimTheTatman’s Net Worth?

From 2012 to the present, TimTheTatman is worth around 1 million USD. His income comes from his Twitch and YouTube channel, primarily through advertisements and donations.

Over the years Tim has had sponsors like Monster Energy and Razer, two huge companies. Sponsorships helped solidify Tim’s presence in the community and proved he wasn’t going to fall off any time soon.

How Old is TimTheTatman?

Born on April 8, 1990, TimTheTatman is currently 29 years old. He was born and raised in upstate New York.

How Tall is TimTheTatman?

TImTheTatman is around 5ft 10in, slightly taller than average.

What is TimTheTatman’s Real Name?

To no one’s surprise, TimTheTatman’s real name is Timothy John Betar, usually going by Tim. He has no siblings, but he does have his own family!

Where does TimTheTatman live?

How much does TimTheTatman Weigh?

While his exact weight isn’t known, TimTheTatman is seen to be on the bulkier side, with muscles and size.

Who is TimTheTatman’s Wife?

After meeting in high school, Tim married his sweetheart Alexis. They’ve since had a child, a boy named Brewer, on April 11, 2019. 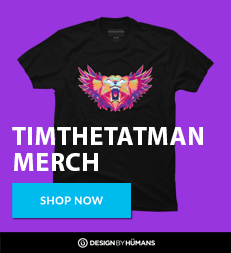 What are TimTheTatman’s Tattoos?

Inspiring his name, TimTheTatman’s tattoos are a large part of his identity. He’s spoken multiple times about them, going so far as to make a vlog covering each one of his tattoos and what they mean to him.

Most importantly, Tim is of Christian faith and while he never pushes that on to other people, a lot of his tattoos are inspired by his faith. This video is a great place to start learning about Tim’s tattoos, and since this video he has finished another sleeve!

Tim uses the “bleagle” on his chest tattoo, standing for bear, lion and eagle, as a logo of sorts for his merchandise. This symbol is also representative of God and what he is depicted as being seen as in the bible!

TimTheTatman sets himself apart from other streamers by being as humble and honest as possible. He’s funny and enjoyable to listen to while also being skilled at the games he plays. There’s a reason that other major streamers like Ninja and DrLupo love playing with him.

Never one to forcibly set himself apart, Tim can be respected as a streamer who sticks to his guns. He is constantly transparent about his life to his fans, the TatManArmy, which harbors him much respect.

If you’re looking for a consistent, feel-good streamer who maintains a high level of gameplay without bragging about being the best, Tim might be your guy.

All your questions about TimTheTatMan have been answered. 🙂

What do you like most about Tim? Let us know in the comments below!