Once partner in crime to the monster streamer Ninja, DrLupo has had a long road when it comes to his streaming career. 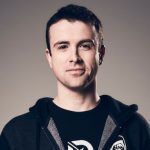 DrLupo started his streaming career by playing Destiny and moved to Player Unknown’s Battlegrounds during the rise of the battle royale genre. His fanbase has been slow growing but consistent. It really feels like DrLupo has a community behind him, something not many streamers can say.

His enjoyment for the games he plays is often not vocalized, making his stream hardly a rage stream (unlike fellow streamer, Dr DisRespect. He even goes out of his way to duo with fans on Fortnite when he has the time!

Want to know more about DrLupo? Look no further! Here are some facts and commonly asked questions about the streamer himself. 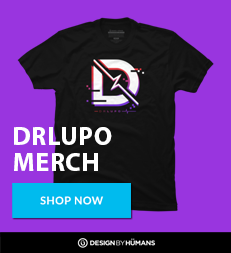 What is DrLupo’s Net Worth?

From 2012 to the present, DrLupo is worth about 2 million USD. Much of his income comes from his steady stream on Twitch, including donations, subscribers, and advertisements. He also has a YouTube channel consisting of highlights and clips from Twitch streams.

DrLupo is also the head of esport organization team Rogue. He competes in tournaments under their name and has a stack in the company, meaning more value. The stream has been sponsored to play certain games along with a sponsorship from team Rogue themselves.

How Old is DrLupo?

How Tall is DrLupo?

DrLupo comes in at around 6ft tall.

What is DrLupo’s Real Name?

Is DrLupo a doctor?

While DrLupo is not a doctor himself, his father was a professor with a doctorate, making him a doctor. The two played video games when he was younger, being of much inspiration to DrLupo. It makes sense that his name came after some he admired.

DrLupo’s wife is Samantha Lupo. They have been married for about nine year, since 2010. Samantha is a photographer and manages DrLupo’s Twitch channel.

Does DrLupo have a son?

Yes! DrLupo’s son is named Charlie. He is three years old. DrLupo has brought his son onto stream to show him video games, although he doesn’t really understand much yet.

DrLupo’s stream and community is close to a family. You don’t find a lot of haters or spam in his chat, although it isn’t totally avoidable. He focuses on his games and entertaining chat with gameplay and more PG focused jokes.

But his stream isn’t a PG stream. Like Ninja, he aims to appeal to any audience. He wants to be seen as more than just a gamer, even if gaming is the core of his career. With the raw dedication and time put into his channel, there’s no question that DrLupo deserves to be where he is now.

Now you’ve got the down-low on DrLupo!

Did you see any outdated information? Let us know in the comments and we’ll update it asap 🙂