YEP is a Twitch emote that is a variation of the Pepe the Frog emote. Pepe is shown slightly smiling with wide eyes, showing a slight feeling of hesitation. Pepe looks almost anxious, which contributes to the emotions of the emote. It is generally used to annoy the current streamer that you are watching or if you are trying to troll. 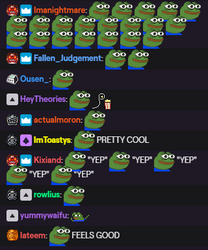 The origin of the image comes from Pepe the Frog which has been the origin of many mainstream universal Twitches emotes. The Pepe emote originated back in 2005.

This version was created on August 21st, 2013 when Grognardling uploaded the image to /tg/ (Traditional Games board).

After its brief popularity in /tg/, it was then uploaded to FrankerFaceZ for the first time by yaYEET_xD on December 15th, 2019.

In retrospect, this is an extremely new emote compared to its current popularity. This is in part due to the fact that it is a variant of the popular emote Pepe the Frog.

Not only that but, it was also propagated amongst xQc’s chat, which is currently the most viewed streamer on the platform.

When your favorite streamer is doing some dumb stuff or is intentionally being ignorant, that’s the perfect time to deploy the YEP emotes. 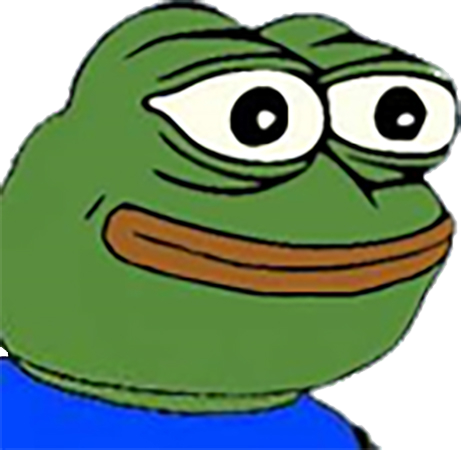